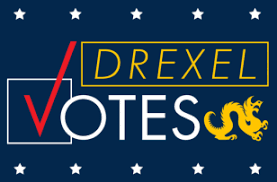 The Electoral College and the 2020 Election

Join Michael Mezey, Professor Emeritus of Political Science at DePaul University, as he explains how the Electoral College works, what the advantages and disadvantages of the system are, and where--two weeks before election day--the election stands in regard to electoral votes.

This event is part of the Drexel Libraries' Countdown to Vote speaker series and Drexel Votes, which seek to encourage the entire Drexel University community to become registered voters, educated and engaged citizens, and active supporters of the candidate of their choice.

Zoom information will be provided to all registrants 24 hours in advance of the event. Contact Communications Manager Stacy Stanislaw at svs22@drexel.edu with any questions.

He is the author of five books: Comparative Legislatures (Duke University Press, 1979); Congress, the President, and Public Policy (Westview Press, 1989); Representative Democracy: Legislators and their Constituents (Rowman and Littlefield, 2008); Presidentialism: Power in Comparative Perspective (Lynne Rienner, 2013); and Selecting the President: The Perils of Democracy (Routledge, 2017).

About Drexel Votes
Drexel Votes is a broad-based coalition of student organizations, schools, colleges and administrative offices committed to encouraging the entire Drexel University community – and particularly Drexel undergraduates -- to become registered voters, educated and engaged citizens, and active supporters of the candidate of their choice. Due to the COVID-19 pandemic, the 2020 election will be unlike any other when it comes to how citizens vote. Drexel University is proud to support its community in navigating this uncharted territory with resources and reminders.